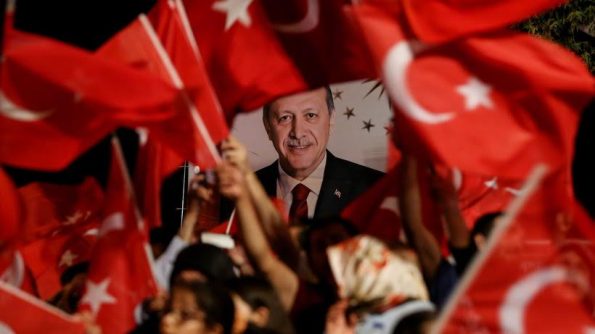 Autocracy, violence, terror, fear and oppression have enflamed modern day Turkey, as the secular and democratic values of the Kemalist Republic are ultimately discharged by a regime whose power has become seemingly irrepressible. And despite all the European outcry and protest toward Erdogan’s persistent flirtation with Ottoman nostalgia and his pursuit of Sultan-like absolutism, it seems like we have returned back to business as usual. As the prisons are filling with political opponents, media outlets being compelled to close and the juridical autonomy becoming merely a farce, it is all too necessary to dwell on the drastically changing character of Turkey and its decent into a dictatorial and socially divided nation.

Though one can accuse Erdogan and his Justice and Development Party (AKP) of mostly anything nowadays, they certainly do not lack any persistence. Already in 2012, Erdogan proclaimed his political visions of the future, namely the creation of a Presidential democratic system. Since becoming President in 2014, his aim has accordingly been to guarantee his power. And that is just what the Turkish Parliament has done, on the 20th of January. After the parliament voted in favour of the constitutional change and having thereby disempowered itself, it is now the Turkish people who must decide in a referendum whether they wish to legitimise the power of the President. Either way, after thirteen years in office, Erdogan and the AKP have already succeeded in providing the most radical confrontation with the basic, secularist foundations of the Turkish state. The question which therefore arises if Erdogan wins the upcoming referendum and permanently establishes his power, is how many of the ideals of Ataturk’s Republic will remain, if any at all.

The ethos and principles which accompanied the creation of modern Turkey in 1923, have remained a distinctive feature in the development of the country throughout the past century. The formation of a modern, secular Turkey from the rubbles of the Ottoman Empire became the achievement of Mustafa Kamal Ataturk, the decorated General who rose to fame by defending Gallipoli and the Dardanelles in 1915 and who later served as President until his death in 1938. Though authoritarian governance, along with the restrictions of freedom of expression and minority rights continued to persist under Ataturk, one cannot undermine the significance of the modernisation and secularisation of Turkey during this period. Not only was the Latin alphabet introduced, women’s emancipation strengthened, European social values adopted, but the most radical consequences was the removal of the constitutional provision naming Islam as the state religion. Whilst Ataturk and the subsequent followers of his secularist policies embodied in the notion Kemalism, succeeded in reducing Islamic influence in society, they failed to create an independent conception of a national identity. Instead they intended on establishing an identity based on Turkish ethnicity, thereby neglecting and isolating many of minorities groups.

Ultimately however, the Kemalist vision of an areligious Turkey did not prevail. Already by the 1950’s, many believed the use of religious bonds may prove more distinct and effective in strengthening the national identity, rather than basing it solely on ethnicity. Though the State abandoned radical secularism already shortly after Ataturk’s death, the stark rise in Islamisation which is occurring in Erdogan’s Turkey has been unprecedented. The decent back to a conservative Islamic society is gaining stronger momentum than even the authorities in Ankara wish to acknowledge. For more and more woman, particularly in the rural regions of Anatolia, the use of a headscarf has become instinctive; whilst similarly it now has been permitted for the chanting of the Koran to be broadcasted on radio. These, along with various other new laws and regulations create the impression that Turkey is replacing its tradition of a secular State in favour of a religiously orientated government. The accusations of Turkey’s ambiguous support for radical rebel groups in the Syrian war, and even the claim that it supplied weapons to the Islamic State and al-Nusra, are raising further concerns to the extent to which the country is providing a basis for radicalisation. The danger of Erdogan’s involvement in Syria is reflected in Turkey’s internal security problems. The failure, but also unwillingness, to intervene in the growing presence of radical Islamists in Turkey has left its scares in the form of countless terror attacks which have occurred over the past year.

Despite the promotion of Islam’s role in Turkey’s society, the threat posed by Erdogan’s rule becomes more far reaching in the entirety of how Turkish society and politics has changed. The imprisonment of hundreds of journalists without prosecutions, along with the removal of thousands of civil servants, academics and military personal from their posts after the failed coup last July are merely another indication of the absolutist power exercised by Erdogan even in the current constitutional structure. One must note, however, that the rise of an illiberal State in Turkey did not begin under Erdogan. The foundations of the political order, may they have been upheld by military juntas or popularly elected governments alike, have always been that of Statism, the protection of powerful business interests, a slight religious conservativism and especially nationalism or even Turkification. This is particularly emphasised in the long lasting, tragic struggle between the State and the Kurdish Workers Party (PKK), which is momentarily escalating once again. The continuous conflict between the State and Kurdish fighters, remains a present challenge to Erdogan’s policies and the preservation of the values of Ataturk’s Republic. It was after all Ataturk himself who ordered the brutal suppression of one of the first Kurdish rebellions in 1925. Ever since, the development of Turkish nationalism and the exclusion of ethnic minorities in this process, including the Kurds, have added to the present day situation. Though, in the 1990s, Erdogan set out in support of accommodating ethnical differences within Turkey, throughout his time as Prime Minister from 2003 onwards, he began moving backward on his earlier reforms and policies concerning the Kurds. After having rejected the Kurdish determination to self-rule, along with an escalation of violence from both sides and the ending of talks two years ago, Turkish forces now find themselves once again at war in the eastern and south-eastern provinces of the country. This campaign will presumably continue for a long time, if one considers how threatening Erdogan must be perceiving the extensive engagement of Kurdish forces in Syria and Iraq and their impressive display of autonomous strength.

Erdogan’s policy toward the Kurds and the continued escalations within Eastern Turkey merely demonstrates how the chief sources of his appeal, namely Turkish capitalism and Sunni Islam, do not suffice in establishing a unified, 21st century Turkish Identity that could advance a sustainable political order. The growing security concerns in Turkey, along the historical fear of fitna (anarchy) which haunts Turkish political thought, foster the support for this statism, which serves as the foundation on which Erdogan and his AKP rests. However, it is this same quest for order and stability which is ultimately enabling the rise of authoritarianism, and subsequently Erdogan’s own incitement of terror, at the expense of Turkey’s liberal and secular heritage. Though Ataturk’s Republic may be dying, the question remains how quickly President Erdogan can kill it off.