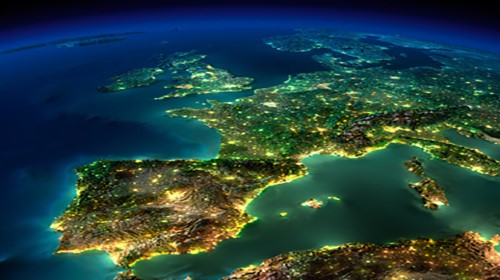 Humanity groans, half crushed beneath the weight of its own progress. It does not sufficiently realize that its future is in its own hands. It is up to humanity to see if first of all it wants to keep on living. It is then up to it to ask whether it wants to merely live, or whether in addition it wants to make the necessary effort required for fulfilling [life].

There is a pervasive belief that human rights could be met if people just understood each other better. If only people could care about all people as much as their family and friends! This desire is fundamental in realizing the idea that human rights are innate in all people. It uses the concept of moral universalism as the benchmark, popularized by Kant in his moral imperative, where you judge an action as good or bad by imaging it being done to all people. As Richard Rorty puts it in Human Rights, Rationality, and Sentimentality, “the goal of human rights education is to expand the reference of the terms “our kind of people” and “people like us”” (1998, 176). But the philosopher Henri Bergson believes this is a fundamentally misrepresentative view. He believes that ­­morality is a biologically determined duality. It is a synthesis of our need to create societies, which help protect us, and in doing so necessarily leaves others outside (Bergson 1977, pp. 100-101).

Bergson does believe that the morality of inclusion and care created in the family environment can expand into the nation level, but that it cannot be safely assumed that it can be expanded to all of humanity (1977, p. 32). This is because society needs to be defined by a border, where there is something other on the outside to distinguish what the inside is, and ensure a responsibility for protection. As the Bergson scholar Alexandre Lefebvre puts it, “it is not a failure, therefore, of moral obligation to retract to the group in times of crisis. This is, rather, its entire purpose” (2013, p. 48). The question becomes this: how to create systems that only have small retractions in times of conflict, and exerts a strong openness in times of prosperity (Bergson 1977, p. 9). Bergson approaches this question by placing the source of society, violence, human rights, and egoism, in evolution (1977, pp. 30-33). Instead of thinking about the moderating effects of society on people’s baser instincts as an abstract concept different in kind from nature, Bergson places them on the same plane, and shows how they are different in degrees, and both part of the solution towards stable and free societies. This means that the question of how societies become more or less open is due to the inherent nature of change, and obligation, that are at the root cause of all social life.

This means seeing someone as the “other” is not simply a rational expression. Practical reasoning is not synonymous with rational self-interest. Actions that are “right” are often done solely because of perceived normalcy of the actions. Self-interest is the biological need to adapt to a society. Therefore, moral and social life are often one and the same, as the habits one picks up become a part of an individual’s personality, and as Judith Butler would put it, are performed. Bergson therefore describes morality as a road, directed in its path by society, but always with the potentiality of having individuals break out and set a new path if they can capture the imagination of enough people to follow them and redirect social norms (1977, p. 19). That is why when people who claim that those who are stuck in their habits are not living fully, they are in reality missing the fact that habit can easily be a beneficial and necessary part of authenticity. While it is true that people also have to work and adapt new ideas, it is only sustainable if the way of doing that can also feel like a safe and comfortable habit. But, without a society that accommodates the changes you want to make, it is extremely difficult to make openness consistent enough to become new habits, rather than spontaneous moments of actions counter to the norm.

In the international context, this habit dynamic leads Bergson to conclude that war necessitates moral and legal tenets in any society to be inherently exclusive, which explains why “universal rights and duties are upheld in principle but suspended in fact” (Lefebvre 2013, p. 13). The morality of the closed society is thus similar to the intuitive response of selfish self-care of natural, much like Jean-Jaques Rousseau’s amore propre, (which Bergson finds very reasonable, in the sense of the biological drive to survive), which needs arguments of a similar emotional kind to refute the baser desires.

Therefore, Bergson says that the reason why we do not have more consistently open societies is not because we lack sufficiently convincing arguments for openness, but because we lack institutions that cultivate social norms and daily habits around the emotional argument that opens societies: love (Bergson 1977, p. 43). What he means by love can best be described in two forms, but only when used together are they useful in counteracting narratives of fear. The first is love as preference, it is the attraction to one thing over another. This can be seen in friendship, passion, or jingoism, and is the factor that binds human societies internally (Kierkegaard 1995, pp. 310-318). The other kind of love is the ideal love, which is needed to challenge the creation of strong borders. Much like the ideal of universal human rights, in the sense that it has no preference, and is open to all time, moments, and people (Bergson 1977, p. 38). In practice, this would be someone who is so enraptured with love that they commit acts of charity irrelevant of their recipient, with no thought of an added benefit to their own self-worth or happiness. Simply a love so full that it cannot help but to be shared (Jankelevitch 2005, p. 129). The latter form of love is entirely possible, but rare, and fleeting. It therefore only serves to provide the impetus for a greater degree of inclusion, as it asks for nothing in return. This goes contrary to all experiences of nation states’ interactions, but if habits of generosity could be rooted into political life, it sets a perspective and standard for societies to unite behind, as it is mutually beneficial. This challenges the fundamental underpinnings of liberal society, in the sense that it tries to assert a belief of the good as love, instead of aiming for an equality between beliefs.

Some, such as Michael Sandel, also believe that there should be a conception of the good to rally behind, in order to set more stringent parameters on the international order. Bergson does not go quite that far, and instead is promoting a positive indifference through impartial judgments, while being attentive to the other (Lavelle, pp. 94-95). This means expanding IR and human rights not by hoping everyone will simply learn to love one another, but by looking at an object beyond humanity, so when we fail to reach it, we have at least included more people in the process. What is beyond the construct of human society? The entire natural world. As situated where we are in the animal kingdom, this means including the other living creatures and planet in our calculations, and building in a morality of inclusiveness. So even though we cannot imagine what it is like to be another animal or objectively value a river, we can take their suffering, and the health of ecosystems, more directly into account of how we perceive what is in “rational” self-interest. When that is the standard of expectation, people will use their natural tendencies to work together towards goals that benefit them, and punish those who undermine the system for their selfish benefit, what is called being “conditional co-operators and altruistic punishers” (Herb Gintis et al. 2005, p. 31).

For Bergson, the way to achieve this aim of inclusivity lies in the leadership of great individuals. The effectiveness of hierarchical governance means that there has to be accommodation, or ideally direct change, coming from the top to facilitate the growth of new habits from below (Bergson 1977, p. 268). Because even though grass-roots developments are important in directing leadership, they are significantly constrained by institutions and governmental policy (think back to the road analogy). Essentially, they are what is needed to inspire people to accept habits of inclusion through social obligation (Bergson 1977, p. 268). This is because any transformation has to rely upon having a secure social foundation if it is to be implemented as intended. In Bergson’s words: “It is a dangerous mistake to think that an international institution can obtain permanent peace without the authority to intervene in the legislation of the various countries, and perhaps even its administration” (1977, p. 290). The instability of the European Union leaps to mind. By failing to provide emotional impetus for a closer political union, rather than that of an amalgamation of independent states, we have reached a point where there is a crisis of confidence, and emotionally charged nationalism. The lack of convincing rhetoric and collective ethos diminishes claims of unity, and facilitates those who are shouting to punish those who seem to be taking but not giving back.

In this way it can be seen that under the current role of states, the liberal conception of the importance of domestic politics and the ability for cooperation is justified, but ineffective. They are operating under the natural desire for security, but limiting society to the scope of one nation. By not taking into account the need to promote the value of the natural world in politics, the selfishness of domestic institutions will always breed mistrust between states, severely limit human rights, and reduce ability for humanity as a whole to live well. This is why it is so important for people theorising about the validity of human rights and cooperation in IR to draw from Bergson’s insights into societal formation and the nature of morality in creating new norms in society. He provides a way of understanding why we have attained the inequality that we have, and how it indeed comes down to a fundamental change in perspective on the primacy of humanity in the world before any truly grand steps in attaining human rights can take place.