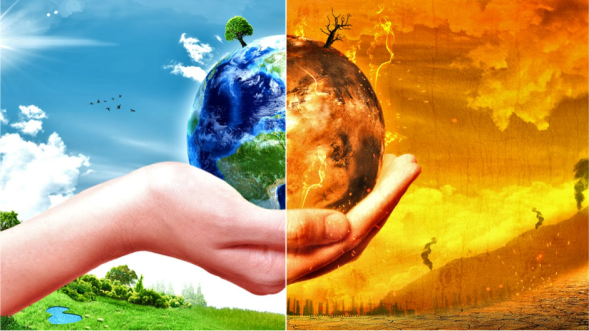 In one of his widely acclaimed works – Politics – Aristotle Insists that man is a political animal because man is a social creature with the power of speech and moral reasoning. When contextualised in the world of today, one may argue that man politicises everything, from grammar schools to what curry we should order for dinner. This unfortunately includes climate change – a topic that if politicised, and it sure as hell is, could see work and efforts to tackle the issue severely delayed, which poses a detrimental risk to human beings across the planet.

A few basic facts concerning climate change easily illustrates the grave danger we find ourselves in: CO2 concentration levels in our atmosphere have reached 400 parts per million, an area of coastal ecosystems larger than the New York Metropolitan area is destroyed every year and the rate of rises in sea levels in the past decade was double that of the past century (Conservation, 2017). The world as we know it is in danger and it is time for us to make a change.

To make the sufficient changes we would need as a planet to not only adapt to an increasingly warmer world, but to also mitigate the effects of climate change and work against it, we would need $140,000,000,000, a figure that looks colossal on its own but is dwarfed by the fact that it constitutes a mere 0.1% of the world’s budget. To even further minimise the size of the budget needed to combat climate change, a simple glimpse at the world’s military spending budget is not only sufficient in illustrating how relatively small a proposed climate change budget would be, but also shows us that we, as citizens of the world, need to get our priorities straight and get our governments to focus on saving the world, rather than building intercontinental ballistic missiles. In 2012, the world spent a whopping 1.8 trillion dollars on military budgets.

This calls to mind a famous quote by James Madison, in which he stated: “Of all the enemies to public liberty war is, perhaps, the most to be dreaded because it comprises and develops the germ of every other. War is the parent of armies; from these proceed debts and taxes… known instruments for bringing the many under the domination of the few…no nation could preserve its freedom in the midst of warfare” (Madison, 1795).

Thus Madison’s wise words alongside a quick glance at the sheer amounts of capital being used on warfare and defence budgets illustrates the need to reduce military spending throughout the globe. In a hypothetical situation where this does happen, we would be equipping nations across the planet with billions, even trillions of dollars that could be spent on healthcare, education and most importantly, climate change!

To ensure the survival of our planet, the political mentality of the global elite alongside that of the working and middle class electorate must change from one where we are anticipating war with each other to one where we anticipate war against pollution, against deforestation, against climate change. To even make it to the world of tomorrow, we must all rally around environmental protection agencies and organisations such as Greenpeace, The Conservation Fund, Friends of the Earth, The Climate Coalition, Robin Wood and many more big environmental names as well as small ones!

While quite a few of these groups and organisations share socialist principles and policies, many environmentalists are committed to the notion that saving the world transcends the realm of politics and is thus an issue that can and should be tackled by people across the entire political spectrum. This is related to the aforementioned Aristotelian point about Man being a political animal, as the issue of climate change has inherently been politicised by man. Thus for any serious united attempt to tackle climate change to come to fruition, it is paramount that we all put our political differences aside and adopt this notion, which is unfortunately easier said than done but still remains a possibility.

With Conservative ideology wishing to conserve the social and cultural fabric of the land, conservatives should adhere to environmentalism, as there would be no culture to conserve if we’re all drowning under water.

Even with the United Kingdom Independence Party (UKIP), they should adhere to environmentalism because ‘taking back control’ will be irrelevant if we cannot control the rising tides that will inevitably submerge this island underwater. 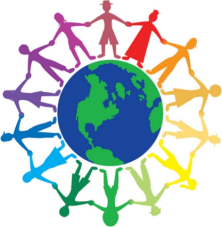 Thus climate change and environmentalism are issues that transcend the world of politics and should thus be something we should all rally behind. Arguably, they represent the end of political disunity and arguments, as once again its an issue that affects us all, regardless of wealth, education, colour or creed. Unfortunately, I cannot envisage a unified stance against climate change in the near future as it is, unfortunately, a relative non-issue in the today’s political atmosphere. Despite all the TV adverts, facts and statistics, rises in temperatures and informative awareness campaigns, whether or not climate change is even real seems to be discussed more than the formation of viable solutions to counter climate change. How can we tackle an issue if the President of the United States is questioning the validity of that very same issue?

It seems that for now we are years, decades, maybe even centuries, from a world we can take a deep breath and not worry about the quality of the air nor the rising tides of the ocean. On the other hand, we’ve made powerful strides towards spreading and improving environmentalism and have now achieved a level where people of all political opinions can unite in the name of saving the world. We may still have a long way to go but we can certainly look back at what we have already achieved with a smile.