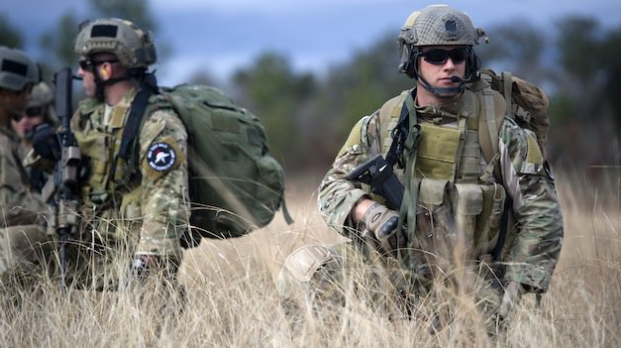 Though the United States has been noted as gradually decreasing military aid and involvement in Latin American countries, there has been an increase of Special Operations Forces missions in the South American continent since 2010. These missions have increased threefold.

Representatives for the Washington Office on Latin America (WOLA) Sarah Kinosian and Adam Isacson have stated that the Joint Combined Exercise Training (JCET) missions in the region served to teach combat skills, intelligence gathering, and riot control techniques with a “minimal footprint”; employing the local languages and learning the culture and terrain of the area to “enhance U.S. influence in host countries”. The purpose of the Special Operations missions in the region have been described by the WOLA representatives’ report “as political as it is military”, with the utilization of both “civil affairs and psychological operations among their chief missions”.

The United States’ Special Operations Forces’ skills range from unconventional warfare (that being, the aid in inciting insurgencies and regime changes) to foreign internal defence (supporting allies against terrorism and coups).

In General Thomas May’s testimony before the Senate Armed Services Committee, May stated that “Special Operations Forces are the main effort, or major supporting effort for U.S. VEO-focused operations in Afghanistan, Syria, Iraq, Yemen, Somalia, Libya, across the Sahel of Africa, the Philippines, and Central/South America — essentially, everywhere Al Qaeda and ISIS are to be found”. The operations performed by the US commandos focused on VEOs (violent extremist organizations) in Central and South America have been mainly focused on training these countries’ militaries in the effective skills in dealing with such threats. The US Special Operations Forces units have earned the nickname of “warrior diplomats” in that they are trained in combat, yet also are trained to communicate with civilians in the countries in which they are based as well as aid in the development of those countries’ militaries.

However, as their involvement in South and Central America has increased, the transparency of the operations have decreased. The WOLA report states that “since 2010, the congressionally mandated JCET reports have become more classified. The report from 2009 contained 47 publicly available, non-redacted pages. The report from 2010 contained eight”.

While it may raise a few questions, particularly about the purpose of use of Special Operations Forces in the region, it is important to recall that the sensitivity of the nature of these operations may be kept protected for the security of not only US commandos, but also those of the Latin American military members and diplomatic officials.

Kinosian and Isacson, in their WOLA report, have said that “over the past eight years, nearly 4,000 US Special Forces personnel have trained nearly 13,000 Latin American security force personnel at a cost of $73 million”.

Army General Joe Votel has stated that “I believe over the past several years, without even knowing it, we have been, and we are in, the golden age of special operations”.