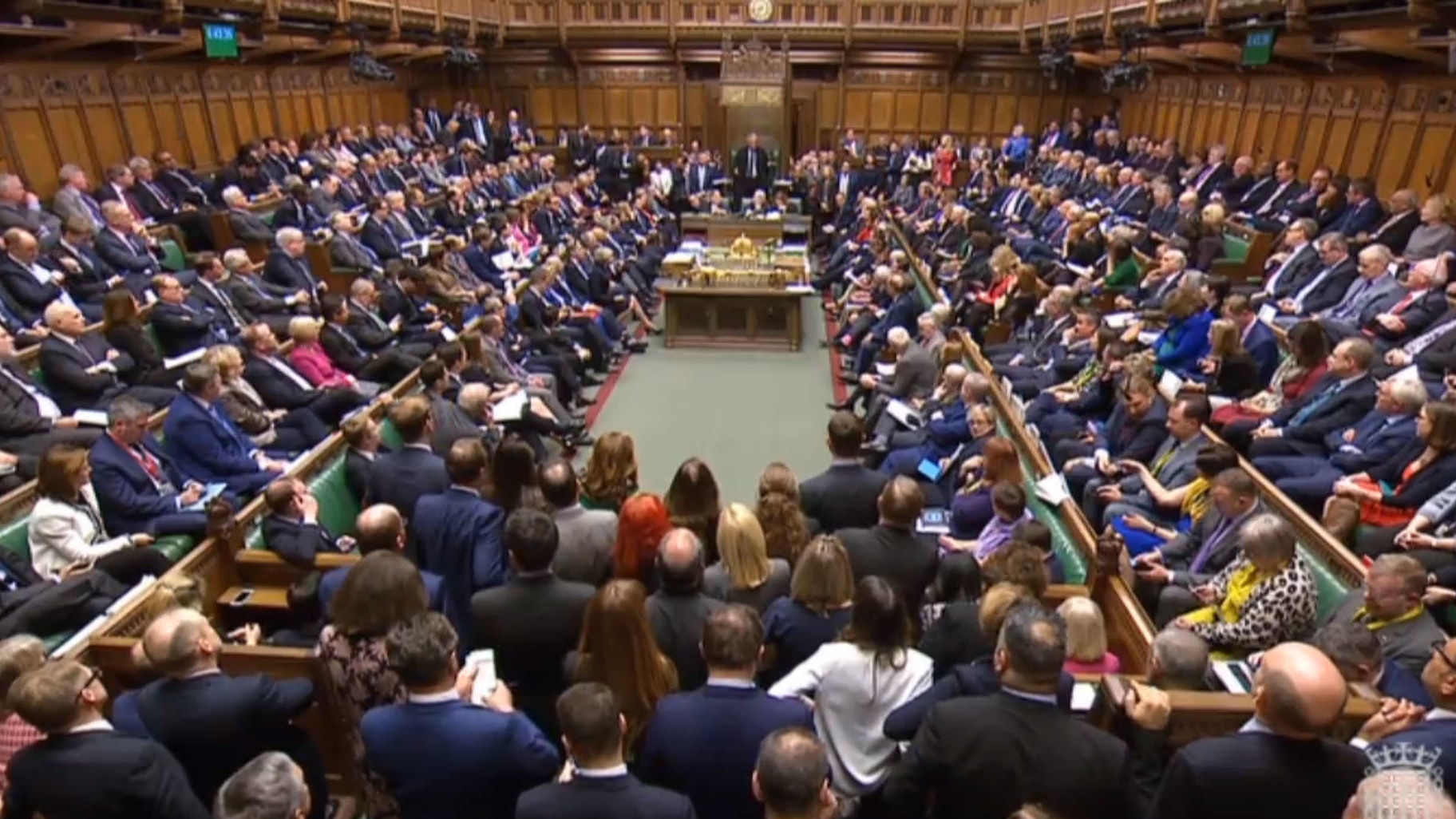 On Tuesday evening, the Government suffered a historic defeat in the House of Commons. The Withdrawal Agreement that Theresa May has spent years negotiating and months trying to sell to MPs was decisively rejected-202 ayes to 432 noes. In the aftermath of this catastrophic defeat and the subsequent failed Vote of No Confidence, what now for Brexit? Some of our writers share their thoughts on the situation.

Give me one person who is entirely happy with the way Brexit is going. Just one person who feels like parliament and government are working harmoniously together to the best of their ability to provide an outcome that they are satisfied with and also believe wholeheartedly that the process is going smoothly. I simply can’t. Brexit has been littered with problems and slip ups from the start, from the stance that the Stronger in Britain camp had, earning them the fitting nickname of “Project Fear’, to the Vote Leave campaign being fined £61,000 for breaking the electoral law. However, flash forward two and a half years, and it seems like Britain is slamming the self-destruct button and is hurling head first out of the EU with no deal and no safety net. The deal not being passed showed that Parliament is putting party politics in front of making sure Brexit does not have long lasting negative impacts on the country, and therefore it has let down the country. Party Politics has a time and place, but it is firmly my belief that now the possibility of leaving with a no deal is very real, it’s time to put leadership and government contests to one side and work together to produce the very best outcome. Whether that is having a second referendum or leaving with another deal is unsure, but one thing is certain; crashing out the EU with no deal would be horrendous for Britain, and it cannot be allowed to happen. It’s time for all MPs to work together, finally.

A collective gasp resounded throughout the House of Commons on Tuesday night in response to the scale of defeat. Forevermore Theresa May will be remembered in pub quiz questions asking who the Prime Minister was to suffer the worst Commons defeat in modern times. Surely it would be enough for anyone to step aside and make way, but still she fruitlessly ploughs on. Jeremy Corbyn finally moved to table a motion of no confidence in the government, which was more than expectantly lost. Parliament now commences cross-party talks on a new deal without Labour, who want to push a no deal off the table before they enter negotiations.

Government and parliament simply need to realise that they categorically stuck. A no deal benefits no one so the first and most sensible move must be to extend article 50. Without this extension, everything feels rather similar to starting work on an essay the night before it is due – only much more important, affecting millions of people, and presenting serious and long-lasting damages for the entire country.

This extension would then allow for a second referendum. Arguments that this does not uphold the democratic will of the people are flawed. No politician, expert or forecaster was able to foresee the extent to which Brexit has unfolded, never mind the typical individual who just wants to stop hearing Huw Edwards say the word ‘Brexit’ before they go to bed. Once those who wish to participate in collective parliamentary negotiations have agreed on a deal that the EU would be able to accept, the government must present both this deal and the option to remain, to the British people and then carry out the result.

If anything else has become apparent from the events of Brexit, it’s an absence of an electable centrist party in UK politics. Vince Cable, his ‘exotic spresms’, and the Liberal Democrats still lay in the shadows of their disastrous coalition government, and both Labour and the Conservatives have moved too far from the middle to be elected with an overwhelming majority. Corbyn’s revitalisation of Labour now needs re-revitalising after revealing his shambolic ability to be any form of opposition to the government, and May plans to step down at the next general election. We all know what happened last time she said she was going to do something though.

As a non-British observer, it is extremely hard to make sense of the situation Brexit has become. It is a meander of confusion. What’s more, it is unlike anything I have seen in politics. No country has ever tried to leave the EU before, and it precisely this lack of precedent that makes the situation confusing. It is this lack of precedent that makes any option seem so alluring or so daunting, depending on what your initial position is. I think we have all seen Brexiteers and Remainers argue that the Single Market is either the best or the worst part of the EU, when it clearly cannot be both at the same time. Opinion has taken over the Brexit debate, and regardless of the outcome, it is likely to polarize British politics well after the UK leaves the EU, if it ever does. It seems to me that the only way Britain can gain closure and allow other issues to return to the national political spotlight, is to return to the public and hold a second referendum. Referendums cannot exist on their own; there needs to be either many or none of them. However, I consider this to be a highly undemocratic solution, and this might create additional issues for the country. Theresa May’s government has demonstrated poor leadership, and she has not been aided by Labour’s absolutely risible lack of involvement in the process or even offer of an alternative, preferring to add onto the gravity of the situation, as was demonstrated by Corbyn’s confidence vote, held out of pure vanity.

From weeks of immovable deadlock to a day of unprecedented drama, Brexit has shaped modern British politics in ways that couldn’t have been imagined just five years ago. With the Prime Minister’s proposed deal being rejected by Parliament and time running out, we begin to enter the endgame of this two year saga, but the answer of how this will end remains as elusive as it did when we started. In my opinion, we have three outcomes that are most likely to occur, either Theresa May’s new deal will be accepted by Parliament (probably through some serious concessions and negotiations between the parties), an extension of the March deadline, or a second referendum. Parliament and the government have gained somewhat a consensus on the fact that a no deal exit from the EU is unacceptable. This of course doesn’t rule out the possibility of a hard Brexit, but very few in power seem to have the stomach for such a dangerous event. In my opinion, unless there are any truly serious concessions made, we are unlikely to see any new deal by the PM being passed. If the decision to extend the deadline is followed through with, then we will likely see more debate on the Irish border issue. However, a second referendum has also been put on the table as a possibility by many.

So what would a second referendum look like? Well, there are two options being discussed within Peoples’ Vote circles at the moment:

Personally, I see the second option being more popular, as the first option would almost certainly result in a ‘remainer’ victory, seeing as the ‘leaver’ camp would be divided. Many argue against another referendum altogether, claiming that it would just be all the more divisive for the country. The problem with this argument is that the Pandora’s Box has already been opened. In some ways, a nationwide discussion on Brexit two years later with all this new information could go some way to bringing some closure. We must however properly listen to both sides with a genuine interest to understand. The EU has not benefited everyone, and many feel left behind in Britain’s globalisation; we must endeavor to find a solution for those who still stand to lose out from continued EU membership. We must also take seriously the macro-economic issues that Brexit brings us, the average person may think of GDP as an abstract concept; which makes education on these issue all the more critical for a national consensus. In short, if we do get a second chance for national discussion, let’s do it right this time, no more lies, no more sabre-rattling, just understanding.

What now? I honestly do not know.

On Tuesday I ran a commentary on the debate on Parliament (See The Despatch Box’s twitter account) and one consistent theme throughout the debate was that no-one was happy. The Agreement’s advocates seldom did so out of genuine enthusiasm for the deal, but rather because it would provide some kind of certainty. Looking at the current situation, with its myriad of potential choices and consequences, you can’t help but wonder if they had an underappreciated point there.

Will May succeed in building a consensus? Will the EU be willing to revise the agreement? Will any of this be possible before the March deadline? Will the deadline be extended? Will there be a second referendum? Will there be hard break with no-deal at all? Each of these outcomes could radically change the future of the UK, for better or for worse (individual opinions on each outcome vary to say the least). I have no answers to offer of which is the most likely, only that the future of the UK is more uncertain than ever.