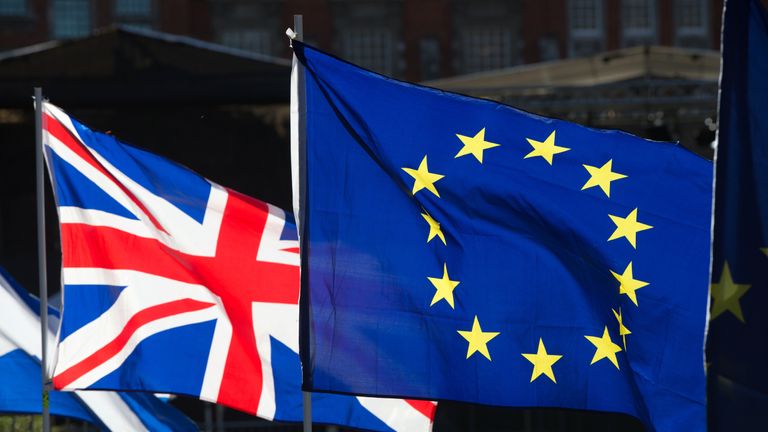 The parliamentary votes on January 29th has given the government renewed mandate to pursue negotiations with Brussels, but will do little to allay fears that Britain risks a disastrous exit from the European Union.

It is unusual to see Prime Minister Theresa May as elated as she was in Parliament last Tuesday evening, yet the success of the Brady amendment seemed to give new life to a government, that,under normal circumstances, would have resigned in the face of the frequent defeats of the last few months. The Prime Minister’s attitude is all the more remarkable, given that the spirit of the amendment was Parliament’s (or more accurately, the Conservative Party’s) active hostility to the backstop arrangement between the Republic and Northern Ireland; a fundamental component of her Brexit Bill. As such, in accepting Parliament’s instruction to return to negotiations with the EU, Theresa May appears to be renouncing her own efforts in bringing it about. This is a surprising volte-face, given her infamous resistance compromising her position thus far. What then explains this sudden change in perspective?

The short answer is that she has not changed, given that Theresa May undoubtedly does not relish the opportunity to repeat ad nauseum the same arguments with Jean-Claude Juncker. Rather, it was the failure of backbench MPs to constrain the government, with regard to preventing a no-deal Brexit, that most delighted the Prime Minister. By far the biggest threat to the government on Tuesday 29th, was the Cooper amendment; which would have established a legal requirement for the government to seek an extension of Article 50 in the event that a deal was not reached by early March. If the amendment had succeeded, it would have signalled to Brexiteers a increased reticence among parliamentarians to carry out Brexit come what may. A delay to the Brexit deadline would have also damaged the credibility of the Prime Minister among members of her party; bringing into question her ability to conclude an agreement that appeased all its internal factions – with the implication being that she would have to depend upon the support other parties in Westminster if she could not. The fact that such support might be predicated on securing a commitment to a second referendum would raise the ire of Tory MPs even further. However, given the Prime Minister’s record in office so far; to risk alienating her party in pursuit of a wider political consensus seem unlikely. But, this will only contribute further to the impasse within Parliament.

Where then does that leave the UK? Returning to Brussels in the following week, the Prime Minister must certainly know her room to maneuver is limited. EU leaders will insist in any circumstance on the inclusion of a backstop agreement, and any suggestion of its omission from the transitional agreement is self-deceptive. Recognising this, some have suggested that Theresa May could demand that the backstop be time limited to no more than the few years needed to work out a more permanent relationship with the bloc, given that the main apprehensions among Conservative hardliners is its indefinite nature that ties the UK into a permanent customs arrangement with the EU. Indeed there have been some musings among foreign ministers of the EU member states, giving hope that such an agreement may be possible. However, such a concession would undermine the whole purpose of the backstop agreement – which is to assure the preservation of freedom of travel and trade on the island of Ireland, upon which the Good Friday Agreement is predicated. Disregarding this priority would mean sidelining the Republic; which in any circumstance retains a veto over any agreement between the UK and EU. Furthermore, the Republic is not inclined to concede political and economic interests, just so the Prime Minister can secure the votes of recalcitrant Conservative MPs. Hence, the EU has made it clear that there is no room for renegotiation. Thus, it seems the Prime Minister is fated to return to the Commons empty handed. If May has indeed acknowledged this already, then she has refused to confront her party with the reality of the limited choices on offer with the time that is left.

Some MPs may have wavered and are willing to back Theresa May. However, in presenting her bespoke deal to the Commons again, she would display the same irreverence and antipathy for the will of the House of Commons that was evident when the government was found in contempt last year. Those in support of maintaining a closer relations with the EU have floated the idea of membership in the EEA, which would maintain Britain’s membership in the single market and customs union. This has the benefits of preventing major economic disruption, and the emergence of a hard border in Ireland. Eurosceptics would however undoubtedly decry this solution as Brexit-in-name-only. More cynical observer might note that the EEA’s current members (Norway, Iceland and Liechtenstein) fear their interests will be displaced if Britain is allowed to join the subsidiary bloc, and may subsequently resist its potential membership. Regardless, the solutions put forward by Brexiteers (such as a Canada style trade agreement, as well as the nonsense of a “managed no deal”) all run afoul of preventing serious economic disruption and a hard border in Ireland, having the only benefit of conforming to their ideological objective of restoring sovereignty to the UK, all the while neglecting the wider and more immediate needs of the British public.

However, as recent fights over prerogatives of the executive with the House Speaker, John Bercow, have shown, the government is resisting all efforts to constrain its ability to act independently of the Commons. Lacking both a working parliamentary majority and sufficient discipline among the back benches, the Prime Minister has resorted to dual and contradictory threats to cajole the Commons into accepting her deal as it stands. To Remainers, Theresa May has raised the very real prospect of a no deal Brexit if Parliament fails to act, whilst inferring that the abandonment of Brexit remains a possibility. The latter group, however, is confident of their position because they know that a no-deal Brexit (a prospect once unthinkable) is the default option, as the date of departure is already written into law and implied by the Article 50 process. This means that there is very little incentive for them to cooperate with the government, suggesting that the real audience the Prime Minister is attempting to court are opposition MPs. Private discussions with Labour backbenchers, about increased spending in their respective constituencies, attests to the dire depreciation of the government’s current authority within the House of Commons.

What might make these members think twice about cooperating are the consequences a no-deal Brexit may have for the government. If recent economic projections are accurate, the coming recession would do potentially irreparable harm to the Conservative Party’s reputation for government. Even if a recession does not occur, we are almost certain to see an increase in the cost of living, as imported essential goods become less readily available. This is not without precedent. The party-infighting that accompanied the Maastricht treaty, as well as the shock of the 1992 Black Wednesday, diminished Conservative support nationwide and put them out of government between 1997 and 2010. Given the potential repercussions of a much larger shock that may accompany a no-deal, the government ought to countenance compromise with opposition MPs, or risk putting the Conservative Party out of power once again. The damage, however, might not be limited to the government. If parliament is seen to be idle or prevaricate where a wider crisis may have been avoidable, the public may not shift its sympathies to the opposition but instead condemn the body collectively for pursuing to destruction caustic self-interest. it has happened before. Our options are few and time is limited. It is time to decide.