Following from two weeks of nominations and voting, students have come together to recognise the lecturer and student who has gone above and beyond for PIR at Royal Holloway!

Politics and International Relations Society are pleased to announce the lecturer PIR students recognised who had gone above and beyond their role, enriched student learning and inspired students- DR Michelle Bentley!

Dr Bentley is Reader in International Relations and 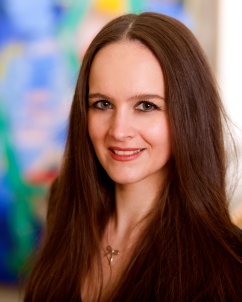 Director of the Royal Holloway Centre of International Security (RHISC).

Her research has been published in prominent journals, including Security Studies, Review of International Studies, and International Affairs. She has written two sole-authored books: one analysing WMD and the strategic use of concepts, and a second entitled Syria and the Chemical Weapons Taboo: Exploiting the Forbidden, looking at US foreign policy on the Syrian crisis. She has also published two edited volumes on the Obama administration and continuity in US foreign policy. She is currently writing her next book on the biological weapons taboo.

Dr Bentley was awarded the 2017 POLITICS Learning and Teaching Prize for her research on higher education.

Politics and International Relations Society also wished to allow students to award a PIR member who they recognised as being a dedicated member to the society. We are pleased to announce George Finch was voted by his peers as a truly valuable member to the society and committee!

George is a third year PIR student, in his second year being selected as a Delegate for our prestigious LIMUN conference where his dedication, work ethic and skills were recognised in his election as LIMUN Head Delegate, a role he took on with Britney Troung, their delegates achieving outstanding results at this years conference. Thank you to your committment to LIMUN and PIR Society, and we wish you the best for life after graduation!